The Town of Carolina Shores was conceived as a master-planned community of 1000 residents in 1972. After several starts and stops, buy-outs and bank foreclosures, Carolina Shores solidified in 1984. The golf course was sold to a private developer, but offers a discount to residents which has continued and includes the six planned communities: the Carolina Shores Subdivision, The Farm at Brunswick, Calabash Lakes, Beacon Townes, The Village at Calabash, and Lighthouse Cove. 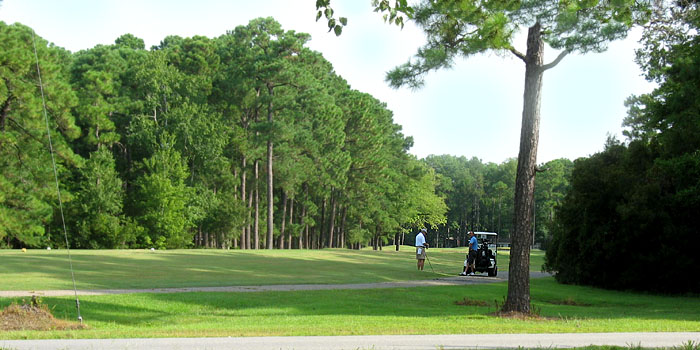 Carolina Shores incorporated in 1998 as a municipality in the State of North Carolina. The town operates in the Council-Mayor form of government with an elected Mayor and five elected members of the Board of Commissioners. It continues to annex parcels of land and businesses to expand the well-being and financial stability of the town. The Carolina Shores Golf & Country Club was purchased in 2014 by Lune De La Maison, and the new owners are committed to making it the focal point of the community.

A POA with community clubhouse, pool, tennis courts, and park acreage is optional for all town residents to join. Homeowners have formed a very active, close-knit group of over 1100 owners who get together and celebrate holidays and other events throughout the year. 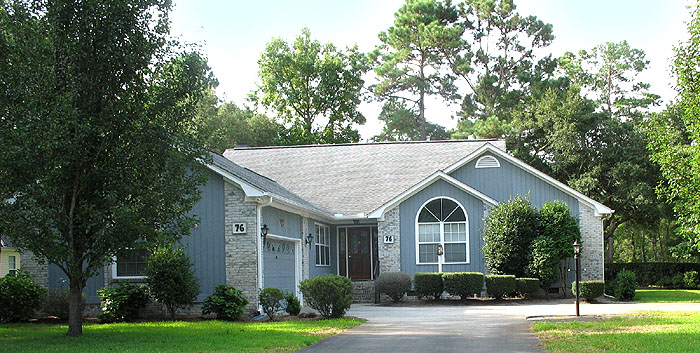 Calabash Lakes - Calabash Lakes was deveoped in March 2007 by D R Horton. Located on Thomasboro Rd, this residential community consists of 103 single family homes, 265 townhouses, and 86 duplexes situated on 164 acres. An amenity center, clubhouse, and common areas consist of 32 of those acres.

The Farm at Brunswick - Located on Highway 17, The Farm is a newer themed community developed in 2004, and landscaped with elements like old-fashioned plows, silos, and windmills. Developed by D R Horton, it consists of 527 single family homes and 283 town homes situated on 262 acres. The amenity center, clubhouse, nature trail, and common areas consist of 84 acres of those acres.

Lighthouse Cove - Lighthouse Cove is a residential community developed in 2005, with 181 single family homes situated on 56.70 acres including an amenity center, clubhouse, and common areas. It is located off Thomasboro Road on the eastern side of Carolina Shores.

If you'd like to see what living the life of luxury in a coastal golf course home is like, give me a call. I'll show you some beautiful homes in Carolina Shores.

See All Neighborhoods
Copyright 2022 NCRMLS. All rights reserved. North Carolina Regional Multiple Listing Service, (NCRMLS), provides content displayed here (“provided content”) on an “as is” basis and makes no representations or warranties regarding the provided content, including, but not limited to those of non-infringement, timeliness, accuracy, or completeness. Individuals and companies using information presented are responsible for verification and validation of information they utilize and present to their customers and clients. NCRMLS will not be liable for any damage or loss resulting from use of the provided content or the products available through Portals, IDX, VOW, and/or Syndication. Recipients of this information shall not resell, redistribute, reproduce, modify, or otherwise copy any portion thereof without the expressed written consent of NCRMLS.